Review: 'I Can Only Imagine' hits all the right notes 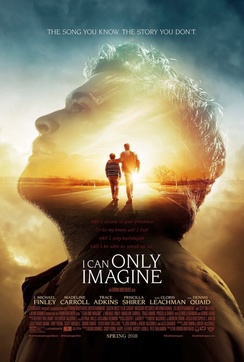 Pop quiz: What film is the third highest-grossing musical biopic of all time?

If you answered I Can Only Imagine, then you are a genius or more likely able to put one and one together given the movie reviewed. But still, that's quite a feat to think that only Straight Outta Compton and Walk the Line have earned more money at the box office than I Can Only Imagine.

Is it me or has Dennis Quaid transitioned into the Mel Gibson roles of every man's father now that, well, Mel has had a bit of a following out with the mainstream. That's not to belittle Dennis Quaid because he is very good at what he does, but it seems like that he's been a bit typecast as of late.

In I Can Only Imagine, Quaid is called upon once again to inject his trademark charm into a character that has more than his fair share of issues. Of course, there's no one else that you would want in that role and his performance is one of the things that truly elevates this film above the typical faith-based schlock that has proliferated in recent years. I'm looking at you Kirk Cameron.

I Can Only Imagine is the true story behind the contemporary Christian hit song by the same name from MercyMe. The lead singer's abusive relationship with his father colors his outlook on life until he is able to confront his father and the resulting clarity leads him to write I Can Only Imagine.

Dennis Quaid does the heavy lifting in the film as the most experienced actor in the cast and it's no coincidence that his character has the greatest arc. There are very few actors that could pull off this redemption arc with such conviction without alienating the audience.

I'll be honest, I went into the review tabula rosa with few expectations other than I was hoping that it wouldn't be another preach fest like many faith-based films tend to be. Thankfully, I Can Only Imagine transcends the tropes of the genre to deliver a true cinematic achievement that resonates with audiences.

I knew very little about the band MercyMe other than they were a Christian music group and I may have heard this song before, but I'm not sure. So, the story behind the group and the song is one that was fresh for me. It is such a cinematic story that I had to go back and check just how faithful the film was to the actual events and it turns out that the film was very much in line with reality.

Besides Dennis Quaid, I would be remiss if I didn't mention newcomer (to the big screen) J. Michael Finley who makes his acting debut as MercyMe lead vocalist Bart Millard. Finley has plenty of experience in musical theater and he needs all of it to turn in a rousing performance both in the dramatic sequences and the singing parts.

In particular, the heavy-hitting scenes between him and Dennis Quaid are well done. Again, the crux of the entire film comes down to this moment and his relationship with his father, so these scenes are crucial for the success of the movie. Dennis Quaid was exemplary, but J. Michael Finley matches him note for note and the result is a faith-based film that reaches a much broader audience.

It doesn't take Sherlock Holmes to realize that daddy issues are one of the main drivers of dramatic content these days. Whether it's Lost or Westworld, our generation's relationship with their fathers is a driving force behind what we see on TV and at theaters. I Can Only Imagine proudly earns its spot in this group as a movie that tells a story that will resonate with many that watch it.

With Father's Day looming right around the corner, the timing couldn't be better for a film about a father and son finding common ground after so many years. The gift factor is sure to be high as the Blu-ray is packed with a plethora of special features including seven deleted scenes, seven featurettes, and an audio commentary. If you're a fan of the film or MercyMe, then this movie is a must-own.

I Can Only Imagine is now available on Blu-ray and DVD. 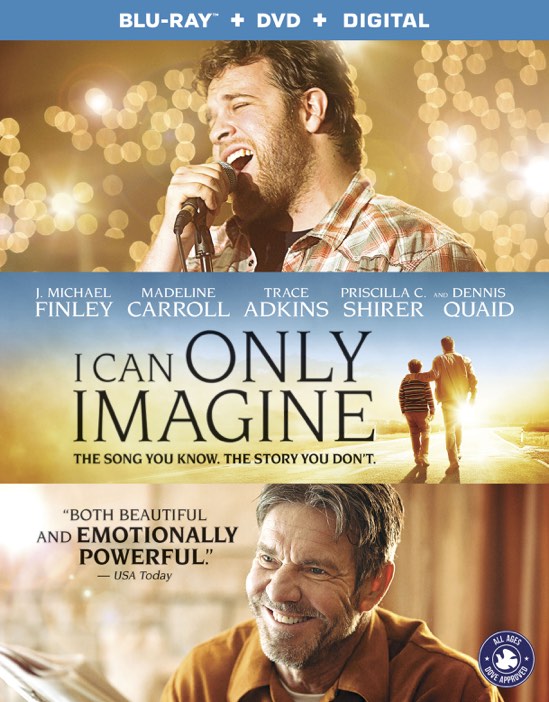 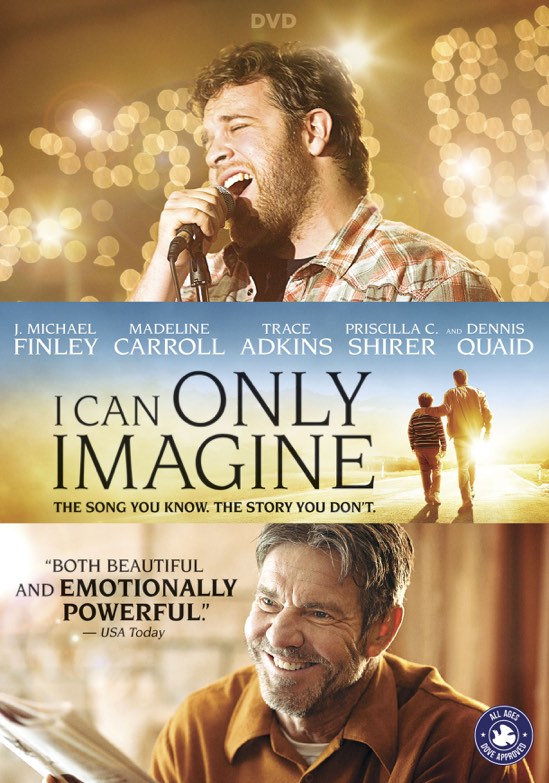