Review: 'The Hurricane Heist' is full of hot air 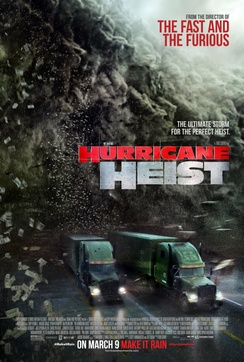 As a casual movie fan, you might not immediately recognize the name Rob Cohen. That's OK, he was only the one who took the screenplay for The Sting off the reject pile and convince his employers to sell it. The rest, as they say, is history.

Ever since his promising start, Cohen has had mixed success in Hollywood from passion project Dragon: The Bruce Lee Story to Daylight. But, you most likely would know him as the director of the original The Fast and the Furious. But for every Fast and the Furious on his resume, there's a head-scratcher like Stealth. He is the quintessential hit and miss director but with The Hurricane Heist he pulls double duty as writer and director for the first time since Dragon: The Bruce Lee Story.

Unfortunately, the result didn't live up to the success of his passion project. Of course, with a film this silly, I don't think they were banking (pun intended) on favorable critical reviews. The premise of the film follows an elaborate heist conceived by a criminal outfit that makes the average Bond villain seem like a great mastermind. Basically, they are going to steal $600 million from a U.S. mint facility and use an approaching category 5 hurricane as cover for their escape. Yeah, that sounds like a sound plan to me.

As you can imagine, there is a team of good guys that aim to thwart their evil plans. Of course, when that team is led by Maggie Grace and Ryan Kwanten, the smart money in Vegas starts coming in on the criminals. Actually, if I were a betting man, I'd lay my money on the hurricane every time, but I digress.

These former TV stars should have remained on the small screen as they just don't have the charisma or presence to carry a film, especially one aimed at being a sweeping popcorn flick. I suppose the filmmakers were hoping that the visual effects of a hard-charging hurricane would cover the film's warts, but instead, the hurricane is less believable than the tornado in Twister.

I think Cohen falls into the same trappings in The Hurricane Heist that he did with Daylight. Instead of focusing on character development, he tries to pack as much action into the film as possible. The result is a rather uneven movie that tries too hard to get us to cheer for the brothers with a tragic hurricane backstory only to remind us later that one of them is actually named Breeze. That's not a joke.

The special features included on the Blu-ray are quite adequate and do a decent job of bringing the viewer behind the curtain. In addition to deleted scenes and the requisite commentary from Cohen, there are a couple of featurettes that focus on the process of creating a category 5 hurricane. Even if the end result is not realistic, you have to appreciate the sheer skill in creating the effects.

Ultimately, the "heist" and "hurricane" parts of the film are lacking and the acting is suspect at best. That being said, if you enjoy heist films and those Sharknado movies than you'll most likely be entertained if you keep your expectations in check. However, if your tastes are a bit more discerning, might I recommend Hard Rain. The acting is much better and I think you will find the results more pleasing, especially since the plot is eerily similar to The Hurricane Heist.

The Hurricane Heist is now available on 4K UHD, Blu-ray and DVD. 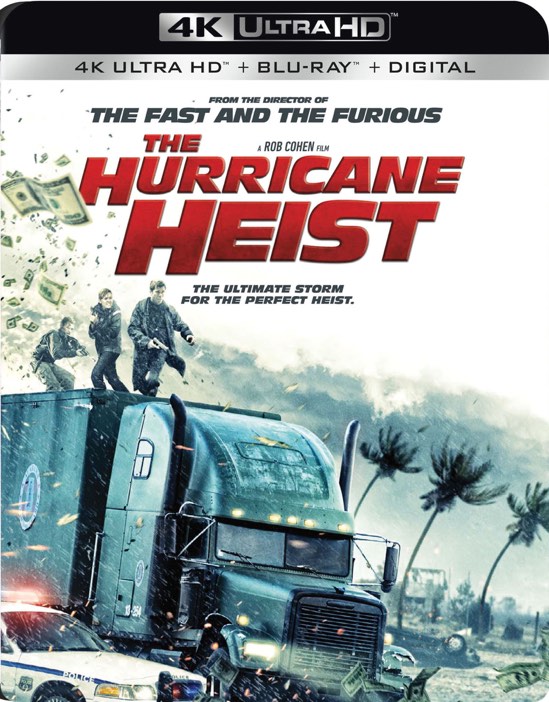 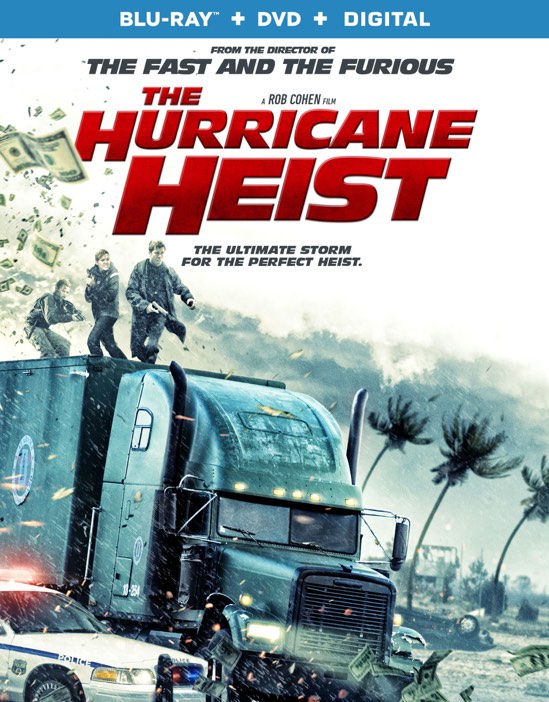 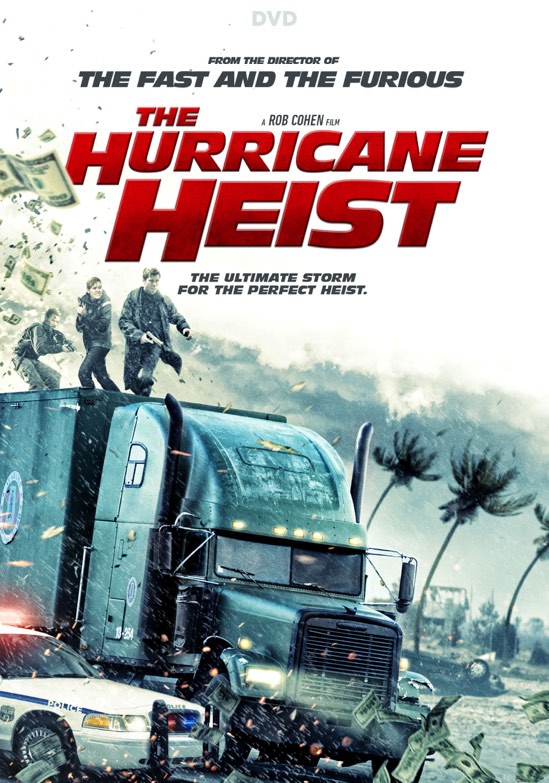